Why Men Should do Yoga! 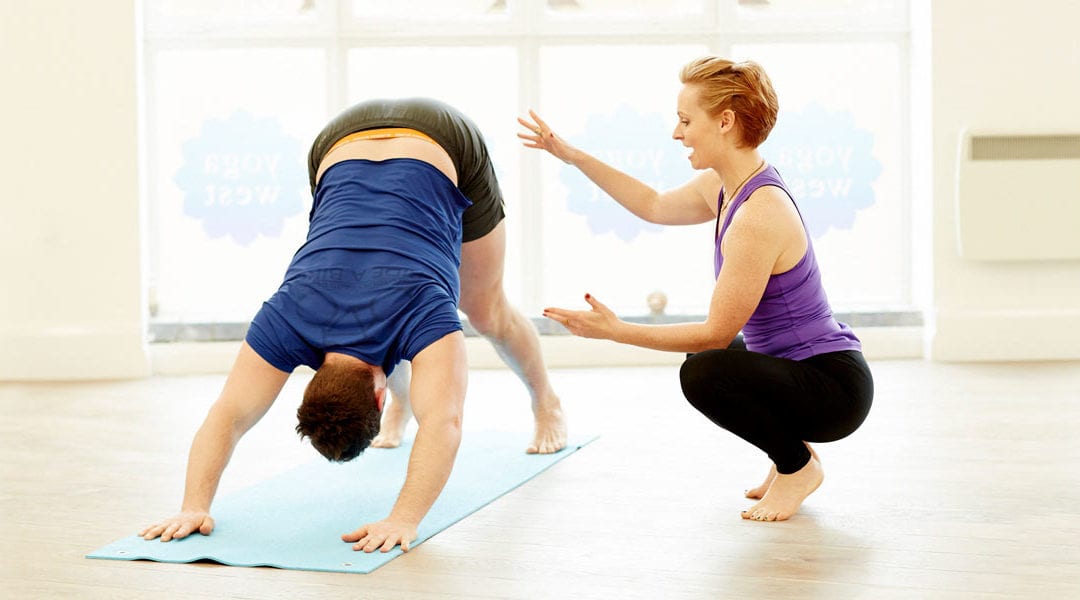 The perception of yoga around the world is an interesting thing to ponder on. In some countries it is seen as an entirely female pursuit often inextricably linked with the hippy and relaxed stereotype of the type of person who might be interested in meditation and a spot of stretching.

Although it has lost some of its hippy-ness with the introduction of large studios and celebrity Gurus (the majority of them men by the way) the female student archetype still remains the focus of yoga marketing in the West with a glut of images of the female, lycra-clad silhouette.

Interestingly, in India, yoga in its earliest pre-classical form was entirely reserved for men – the Brahmin priests. So I started wondering, is yoga really a gender specific activity or is this just a Western societal spin emphasised through media, culture and fashion?

First a little background. I am a woman. I teach Ashtanga yoga, a dynamic form of yoga where breath and movement are linked to create a flow of movements with a focus on strength and balance. Arguably, it’s a more masculine type of yoga…. The story goes that Ashtanga yoga was used in Mysore in India at the Maharajas palace to contain the abundant energy and teenage hormones of 16-year old boys. The originator of the series, Krisnamacharya, working with his student Pattabhi Jois, developed the sequence using a mixture of gymnastics and martial arts, often taking a troop of these boys to compete or give presentations around India.

Bearing this potential bias in mind, I wanted to find out what attracts men to yoga and whether, as I suspect, it is the same reasons as those that have led me to making yoga an integral part of my life: strength, flexibility and an ever-growing toolkit for developing the mind-body connection.

So I set about asking male friends and students why they were turning to yoga. In my ‘research’ I garnered an array of fairly predictable responses including a wish to: increase flexibility, combat stress, balance out other sports (particularly, it seems, heavily developed rock climbing shoulders), meet lots of women (I was assured this was a joke…) and cultivate mindfulness.

However I still felt that some of the more subtle benefits were missing from this inventory. Then one friend came back with an extremely eloquent response and I couldn’t resist including it here as I just don’t think I could have said it any better myself:

As promised here are some of my thoughts about why I started practising yoga.

I started becoming more health conscious a few years ago when working at the hospital. It was a revelatory experience to see what the long-term effects of bad lifestyle choices actually were. The hospital was a stressful job, which put a lot of strain on me mentally and physically. Treating very sick people, wearing the lead coats (my friend worked in an X-ray unit) for long periods of time and extra hours to make ends meet started taking its toll. My back was suffering and my mental health was taking a knock. I was becoming aware of the possible long-term effects for myself of having a “dead end” job, which was causing me so much stress and physical discomfort. So I started taking better care of myself, stopped smoking, started eating better and exercising more regularly. I decided to place particular emphasis on strengthening my back. I started practicing yoga, some pilates and doing some meditation. After a few months a friend introduced me to Ashtanga yoga. The combination of the breathing and movement felt similar to the meditation exercises I had been practicing added to the “workout” dvds that I had been trying. It was like killing two birds with one stone or as one teacher describes it “meditation in movement”.

Since then I have been practising regularly starting with once a week, working up to two, then 3 and now 4-5 times a week. I feel stronger physically and mentally, more resilient to change and able to cope with stress. The odd thing is that I am still in a “dead end” job: stressful, sitting at a desk all day or spending hours on my daily commute; but I now find that I can cope with it better. The time on the mat offers a space for release both physically and mentally. I have learnt to mind my posture so I don’t slouch in the car or at the desk. I have learnt to cope and manage my stress better; I could even argue that I don’t get stressed anymore!

Before I started practising I couldn’t stand on one foot and I had no balance or strength. I thought it was years of tennis, running and skiing injuries taking their toll. Now I realise I had accepted those limits as established. Yoga has taught me to challenge my limits not only physically. Now I can balance on one foot, on my hands or on my head, but also mentally. I have learnt that stress is not a fixed state that we just have to be a victim of. Finally, I feel in better shape than I have been in years. I am more attuned to my body, have higher energy levels, I sleep better and am generally more “present” in the moment. I worry less about the future and the past.

It’s only since the late 1800’s that yoga has travelled to the West and its popularity is continuing to grow although frustratingly it continues to have a female emphasis in this country. I’m pretty sure that this is an unhelpful and incorrect representation and wonder if in fact it’s creating barriers to some men trying it out.

As we age, our body tightens and stiffens and for some reason this loss of suppleness appears to be more prominent in men. Maybe it’s because of their different chemical make-up – women typically benefit from more of the flexibility-supporting chemicals oestrogen and, for some, relaxin (created during pregnancy).

Maybe it’s because typically men favour strength and cardiovascular training but shy away from the ‘softer or hippy’ yoga-based classes. Or perhaps it’s because they haven’t seen the different types of yoga that exist and realised that you can find more dynamic classes that build on strength and balance. Both of which are vital attributes as we age to maintain the best possible quality of life.

So in conclusion, I don’t believe that yoga is, or should be, a gender specific activity; reserved for men or women. I do however think that more men should take it up and ignore the heavily female bias that is pumped out through advertising and marketing media in the West. It may take a little bit of guts to go to that first class and you may need to look around to find the right class for you but the benefits will be beyond worth it as I hope this article has persuaded you.

We use cookies to ensure that we give you the best experience on our website. If you continue to use this site we will assume that you are happy with it.ACCEPT